Summit of Mt. Everest, most likely people all around the world try to imagine and dream how it feels like to be up there, some even try to make this dream and this image a real experience but very few and the fortunate ones especially those bravest souls really work their way up, grinding every ounce of their energy and soul to reach the top of the world.

Standing 8848m high as the tallest peak in the world, the tip of Mt. Everest looks down on every living human being, luring them into a never ending challenge to come and see it face to face. For the climbing expedition, Mt. Everest is the proven benchmark. Every year, thousands of mountaineers attempt to measure the summit of this majestic snowy mountain. But very few are able to reach the ultimate goal at the first attempt or even several ones. Mt. Everest expedition is a trip of the life time that makes it possible for you to touch the sky.

Mt. Everest can be climbed from both the northern and southern sides of the mountain. Nepal and Tibet share borders and are neighboring states. The northern route falls in the Tibetan side whereas the southern route is from Nepali side going through the Khumbu region. Several attempts were made to scale Everest before the successful attempt achieved by Edmund Hillary and Tenzing Norgay via the South route on 29 May 1953. Now, it is reported that every year around 1000 ascent attempts are made.

The northern or Tibetan side is relatively easier and safer route thus comparatively less expensive than the fee and the difficulties from the southern. You can avoid dangerous ice falls and avalanches. The first timers or those mountaineers who wants to assure accomplishment of summiting the highest mountain in the world take this route. Inexperienced climbers can also attempt to accomplish the pinnacle of Mt. Everest. The substantial fee for mountain guide with a team of climbing Sherpa guides are charge for the Everest expedition. The royalty fee of Everest expedition is lower from the Tibetan side via China or the North side.

The Everest expedition from the Tibetan side begins with a trek to the Rongbuk Glacier. A jeep ride from Tingri joins up to Chinese Base camp 5,180m, located on a gravel plain just below the glacier. Then, reaching the Middle camp and the advance base camp the route reaches the final three camps on route to the summit. The final phase includes treacherous trail which also includes climbing the semi-permanent metal ladder placed for the climbers on the route to the summit.

Himalayas Hiking provides mountaineering services that includes the highly skilled climbing guides and training and support for mountaineering to gain experience. Your safety and full satisfaction is our top priority.

Day 1 Arrive in Kathmandu and transfer to hotel

Day 4 Drive from Kathmandu to Rasuwagadhi

Day 9 Drive to Everest base camp

Day 10 - 11 Acclimatization and preparation for advance base camp

Day 13 Trek to Advanced Base Camp

Day 54 Descend to Base Camp

Day 57 Free day in Kathmandu - Short tour of the city 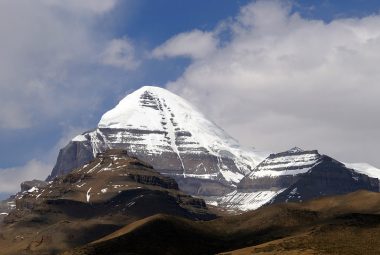 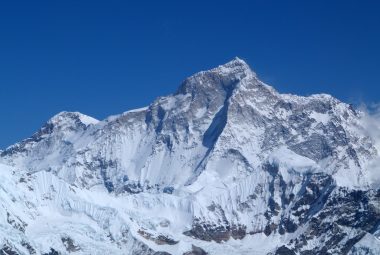 Mt. Makalu is recognized as the hardest and technically difficult mountain to climb among the 10 highest mountains with more than eight 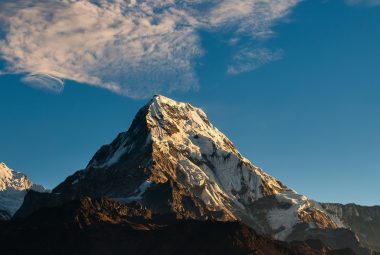 Mt. Annapurna is a chain of peaks that spread 55 km wide with the highest point Annapurna 1 – the world’s 10th highest